Kirk Franklin is one of the foremost gospel singers in the world with multiple awards which includes 12 Grammys. Kirk’s biological mother and father gave him up for adoption at his birth and it was his aunt – Gertrude – who nursed and trained him till he was all grown. Despite his strict religious background, Kirk had a rough start in life. Like every teenage boy, Kirk rebelled, he was once expelled for a behavioral problem in school and at a young age of 18, he had to step up as a father.

Sometime last week, the gospel singer announced that he forgave his dying father for abandoning him at birth. He explained how hard the decision was for him and how he felt before and after making the decision. What Kirk didn’t realize was that his action did not only affect him but also affected so many people around the world.  Below are 5 important lessons Kirk Franklin’s action taught us:

One thing many people who are offended fail to realize is that by holding a grudge against another person, you create a cage for yourself. What Kirk taught us by forgiving his father was that his hate for the man who abandoned him still did not stop him from feeling like a loser. His hate made his life revolve around him never “feeling good enough.”

“I’ve lived my entire life hating this man. He and my biological mother gave me up for adoption, and it left me never feeling good enough, to this very day.”

2. We should always reciprocate God’s free gift to other people.

Kirk in his post about his father pointed out that his father needed to be forgiven despite his unspeakable act. He made it known that his father deserves to receive what God freely gives him every day. This post goes a long way to say that as humans and especially Christians nobody deserves to be less forgiven or more forgiven because of their sins. God forgives us every day and so we should other people.

“He deserves to receive what God gives me every day. Pray for him and for me.” 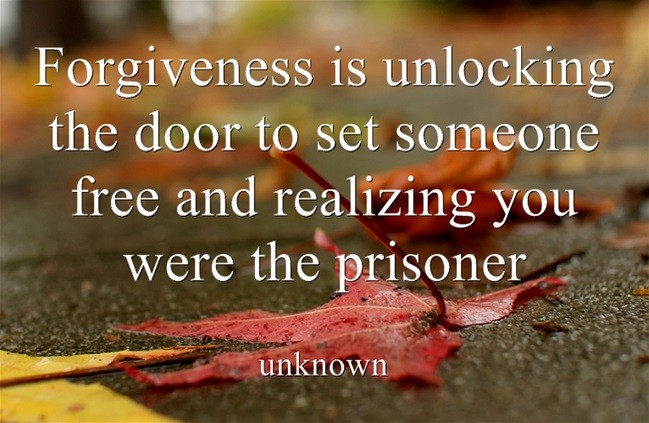 3. Practice what you preach.

One important lesson Christians fail to enact is to practice what they preach. It is not enough to talk the talk, we should also learn to do the talk. Kirk pointed this out and implemented it.

“How can I preach what I don’t practice?”

4. Forgiveness is a painful process

Forgiveness is painful and not for the faint of heart. It takes a very strong human to actually forgive another. If you are going through the process of forgiving this you are not alone. You should know that forgiveness is a process that can be excruciatingly painful. You may not achieve it immediately, but the essence is to start the process and let God take control.

“So I flew to Houston yesterday to do that. It’s painful …. Pray for him, and for me. God this is hard. I weep as I write.”

There is a kind of fresh air forgiveness brings. Forgiveness begets peace of mind the type that makes one feel whole and new. At the end of the day, the process of forgiveness is worth it. Once you forgive, you won’t have to live with the guilt and disappointment of holding someone in your heart, you will forever be free.

“How disappointed I would be in myself for this man to leave this earth without being forgiven.”

We’re happy that Kirk could come to this resolution. We’ll be praying for the gospel singer and his father.

Top 10 Gospel Music Blogs in Nigeria You Should Visit

The Purpose of your Blessings.