Pastor Biodun was born on January 1st in 1976 and he is the first son of the family of four and attended the University of Ilorin where he was rusticated for cultism before he rounded up at the University of Benin and found Christ. He started out as a church drummer, which he later left to pursue his calling. COZA started out as a Non-Governmental Organization (NGO) in Ilorin, Kwara State in 1999 with a very small congregation. He married his wife in the year 2000 at a very tender age and together they built the church. They have four children today.

COZA has five branches with four major ordained pastors in Ilorin, Abuja, Lagos, Port Harcourt, and Dubai. Pastor Biodun believes that “every individual placed on earth is not here to take sides but to take over” and he is an exemplary leader as he has not just instilled that mindset into his church followers, he shows it in his lifestyle.

No doubt that Pastor Biodun has a very great taste for fashion, and he not just a talented singer but also a good guitarist. Millions of people and pastors all over the world listen to his sermons as they claim he gives them hope through his lifestyle and messages. In December of 2017, he took to IG to appreciate his wife for being very supportive over the years. 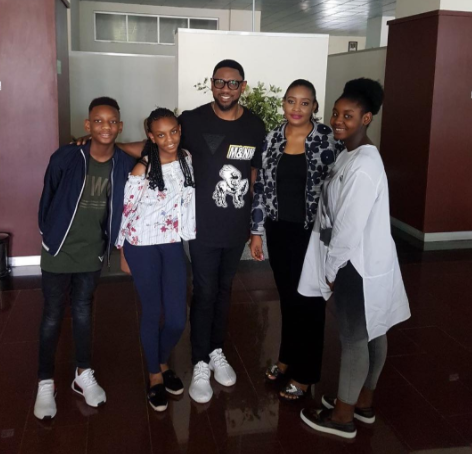 Babe, we walked the streets of Ilorin together looking for people to preach the gospel to. We didn’t have no car, I had just one trouser, we didn’t have technology or finance to increase our reach, there were holes in your shoes. We had to do it one person per time. I’m fully aware that God will reward us for our labor, but I’m also thankful to The Methodist Church in Nigeria for presenting us with this Honorific Award for Evangelism! We haven’t lost that same passion and we never will! We are ever committed to winning souls for Christ! Thank you Modele for always standing with me and running with the vision! I’m blessed to have you!

In 2013, the Pastor because of his expensive lifestyle, was entangled in an allegation of infidelity with Ese Walters who was a former member of the church. Ese had fired up social media after she claimed in a blog post that she had a week-long sexual relationship with the pastor during a visit to London. Ese later admitted that relationship with Fatoyinbo was consensual, but felt abused and manipulated by him and the way the church’s leadership handled the issue after she reported.

In 2019, music star Timi Dakolo accused the pastor of sleeping with his church members. His post on IG encouraged other victims of Fatoyinbo, to speak up but no one came up to speak, neither did the pastor and members of the church, Timi was simply ignored.

Few weeks after the post on IG, Busola Dakolo granted an interview with Chude Jideonwo, a Nigerian lawyer, journalist and media entrepreneur, and told the world that Pastor Biodun raped her as a teenager. She also accused the pastor of condoning rape and sexual assault.

On Sunday, June 30, Nigerian women organized a protest against sexual violence in the church following the recent allegations by Busola Dakolo and he was forced to step down a day after the protest. So many other ladies have been forced to speak out since Busola’s interview with Ynaija and claim to have evidence.

Justice for Uwa: What Does the Bible Say about Sexual Assault?

The Role of Women in the Church: Things You Should Know

Mental Health and The Church: The Elephant Christians Should Talk  About More